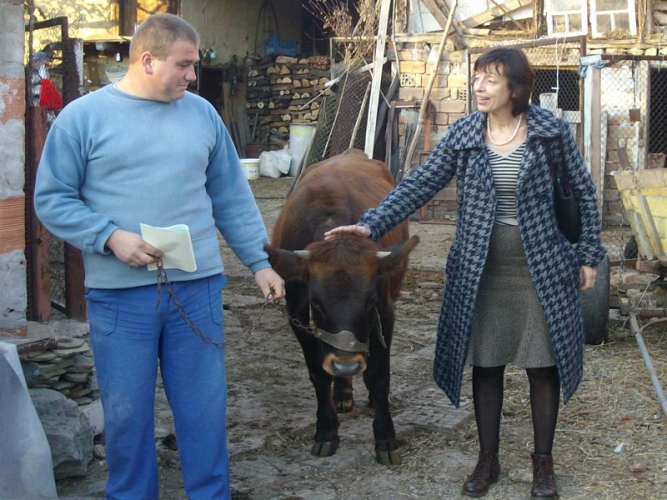 Hristina Yordanova and Milen Stoyanov became the first family who passed on their heifer Pavlinka, daughter of the cow Krasa who was among the first animals donated to the community by the programme a year ago. The recipients of the gift were their neighbours, Tihomir and Nadezhda Kolevi, a family in need of support from the village of Balvan.

The event was attended by neighbours, representatives of the local association St Ivan Rilski, the mayor of the village Radoslav Hristov, mayors of neighbouring villages, representatives of Veliko Turnovo municipality as well as many journalists from different media. Eighteen families from the Veliko Turnovo municipality are looking after pedigree cows provided by the Pass on the Gift Programme.