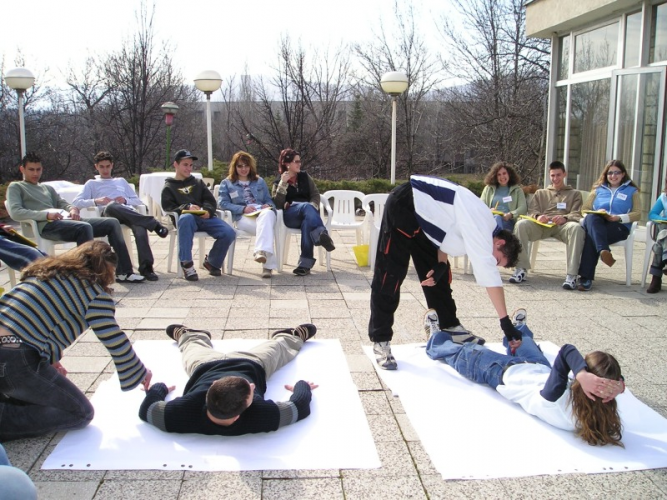 The project aims at raising awareness and providing more information on HIV/AIDS problems among people in reproductive age through non traditional and interesting methods. Safe sex as well as responsible behavour were among the main messages.

The project started with building of youth volunteers network for distribution of information materials (posters, flyers, stickers) related to HIV/AIDS prevention. The information campaign, the first of its kind, used channels like youth volunteers, food chains in big cities and towns and by the roads and highways, service stations by the road, gas stations, national and local media.

The target group was mainly young people aged between 14 and 25. However, it is important to mention that through the national campaign the project reached out to many more and diverse beneficiaries than the originally planned target group. For the first time transport arteries were used as information channels and in the cities young volunteers advertised condoms as the only safe prevention method against HIV, sexually transmitted diseases and unwanted pregnancy.

The project provided training for 60 young people and teachers from all over the country. Some 40000 flyers and 16000 stickers were printed and the young volunteers and their friends distributed these during a series of special promotion events in 250 restaurants and discotheques (250 by the main roads), at schools, on the beach with numerous young people attending as well as some national and local media. In Burgas auto march was organised as well as delta-planners on the beach.