Family Group Decision Making International Conference followed by the Annual Meeting of the European FGC Network took place in Edinburg, Scotland in October 2018.
08.10.2018
-A A + 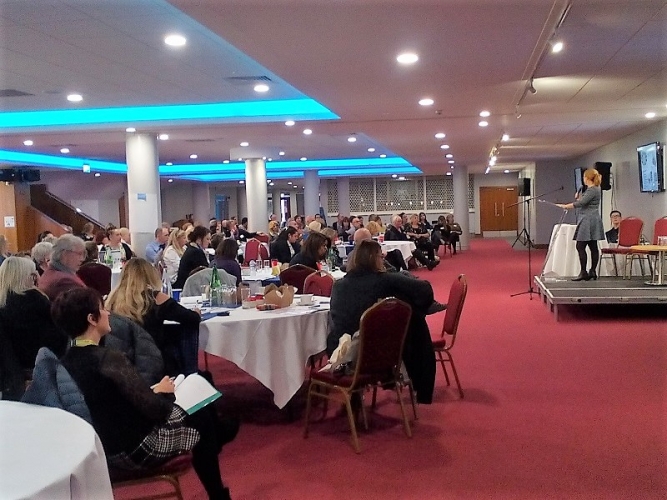 The annual EU FGC network meeting took place in Edinburg in the beginning of October. It was hosted by Edinburg City Council and started with a reception at the City Chambers. During the working days various presentations and workshops took place at the hall of the Grassmarket Project.  Dr. Mary Mitchell from Edinburgh University did special a workshop on her research into outcomes of Family Group Decision Making in Scotland. The participants from Belgium, Switzerland, Germany, Estonia, the Netherlands, Scotland, Wales, England, Northern Ireland, Norway, Sweden, Bosnia, Check Republic, Sweden, France, USA, Norway and Bulgaria discussed a range of topics of common interest. The experience of the colleagues in Spain was presented as well.

The participants were also invited to join a Ceilidh - a Scottish evening of live music and dance. On the last day the network members decided that next year the annual meeting will take place in Bratislava, Slovakia. The meeting finished with a traditional farewell song of “Auld Lang Syne”.