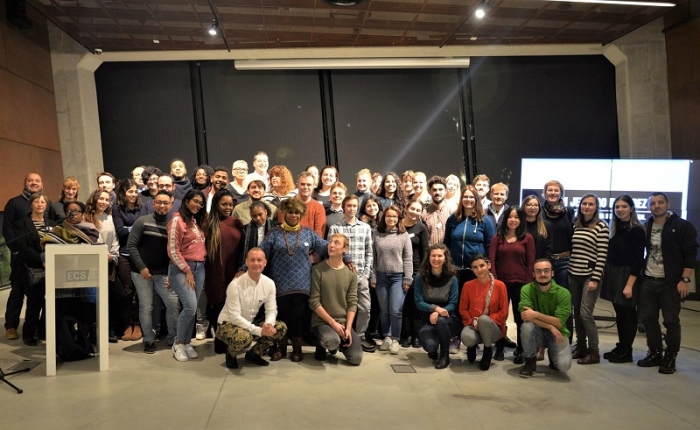 Volonteurope members and partners praise volunteers across Europe and beyond.

Shortly before the International day of volunteers, in the last week of November, the European network Volonteurope organised series of events in Brussels. These started with a meeting of the Board on 26 November with a busy agenda in view with the general assembly on the following day, final discussions on the new set of draft statutes of the association.

Later that day member delegates and volunteers from around Europe, South Korea and China came together for the “Volunteer Voices” talks and reception - an informal networking evening, organised by Volunteering Matters, supported by Volonteurope and hosted by the Social Platform. There were engaging testimonies from volunteers from across Europe and beyond about their volunteering experiences in the UK over the last year.

In the late afternoon, the annual general assembly of Volonteurope brought the members for a lively exchange on happenings and plans for the upcoming year. They voted for the new statutes. Maria Petkova from Tulip Foundation Bulgaria was elected as a member of the board.

The first European innovation in Volunteering Award ceremony followed in the evening. Gabriella Civico, Director of CEV European Volunteer Centre, invited representatives of the shortlisted projects to tell about their initiatives.

The Bulgarian initiative, nominated by Tulip Foundation, is the Solidarity Bread at Sofia Bread House. It is an initiative since 2017 and has brought together over 400 people (volunteers, refugees, people with disabilities, community members etc.) to make bread and talk.

SAFE (Sexual Awareness for Everyone) project by Volunteering Matters is for women aged 16-35 with learning needs & disabilities in Gwent, Wales. It supports their personal safety & development and though peer support sexual health awareness.

Gabriella Civico announced the awarded project - Solidarity Bread at Sofia Bread House. She underlined that all projects have their unique qualities, but the Solidarity Bread echoes the European values in a most simple and touching way.

The 28th Annual Volonteurope Conference took place on 28 November. This year the theme was “Taking democracy, European values and participation to a new level through European programmes”. Speakers, contributors, workshop leaders, volunteers and participants of all ages from some 20 different countries in Europe and beyond shared their visions and commitments for Europe.