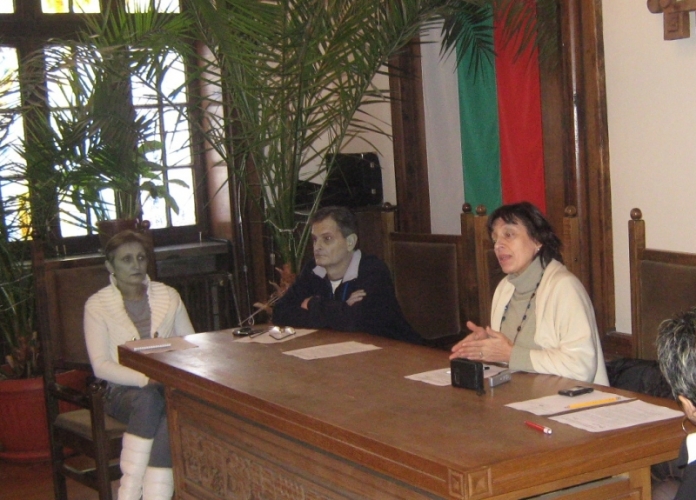 The beginning of a project “The Family Starts with the Children” was announced at a special meeting with the media in the big Hall of the Municipality of Pleven on 18 January.

The project is realized by Pleven Public Fund Chitalishta in partnership with the local community clubs in the villages Bukovlak, Brashlianitza, Bohot, Yassen and Tarnene. It is funded in the frame of the Programme for Support for Children and Families in the Community Aimed at Prevention of Child Institutionalisation. The coordinators from the local community clubs were present as well as the directors of local schools and the mayors of the five villages. Dikran Ovanessian, Department Project management and euro-integration and Hrsitina Hristova, department Culture took active part in the presentation.

Maria Petkova from Tulip Foundation spoke about the aims of the programme, which is a partnership initiative with Oak foundation as an example of cooperation and joint resources aimed at better effectiveness and sustainability of results.